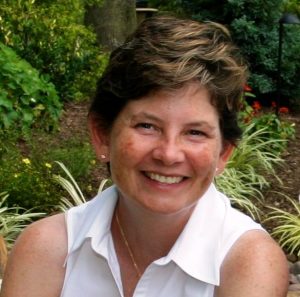 MCMOCF is a family founded and operated, non-profit foundation with the goals of (I) raising awareness and fundraising for Ovarian Cancer research and education, and (II) funding scholarships for students in need.

In 2005, Michele McLennan lost her battle to Ovarian Cancer, forever leaving her mark on those who survived her – her husband and two daughters, brothers and sisters, and countless other family and friends. During her lifetime, Michele was a beloved professor of economics at Ursinus College, inspiring a multitude of students in and outside of her classroom. Always an educator, Michele made Ovarian Cancer awareness and education her objective upon finding out her diagnosis and encouraged those closest to her to do the same.

In 2009, we, her family, took up her cause by founding the Michele C. McLennan Ovarian Cancer Foundation (MCMOCF). Led by her husband, Keith McLennan, and sister, Trish Giardinelli, our family has dedicated itself to keep Michele’s memory and mission alive. Her personality and passions act as our guide in everything that we do, from fundraising ideas to where those funds are donated.

Our mission is to raise money for the causes closest to Michele’s heart – financially needy students, promotion of awareness of Ovarian Cancer and the need to find a cure. We also hope to continue the legacy of love and friendship that she inspired in everyone she met.

MCMOCF continues to grow each year as we promote our message and the next generation of our family joins our forces. Through our annual fundraising efforts, we have raised over $100,000 for the Michele C. McLennan Scholarship Fund at Ursinus College and donated over $100,000 to Ovarian Cancer research and education, including a $30,000 research grant in her name.

Dedicated, determined, energetic, motivated—a perfectionist, a generous, loving individual. All the above words describe Michele C. McLennan. But she was much more than mere adjectives and nouns could ever describe. She was a daughter, a wife, a mother, a sister, a friend, a student and a teacher whose spirit, character and integrity transcended her daily relationships and activities. Her passion, courage and strength touched lives and inspired others in whatever role she embodied. She was one of a kind.

Born October 3, 1959, Michele grew up in Drexel Hill and attended Saint Andrew’s elementary and Merion Mercy Academy for high school. She continued her education earning a B.A. from Trinity College, a M.S. in economics from Temple University and a Ph.D. at the University of Pennsylvania.

Michele began her professional career as a manager at Bell of Pennsylvania in Philadelphia. She left Bell to pursue her passion for economics and education taking teaching positions at Bryn Mawr College, Lafayette College and finally, at Ursinus College where she was a tenured professor in the business and economics department and winner of the best teacher award. She also authored several articles for professional journals and participated in several research projects about the poor and uneducated, women and minorities including service to the Philadelphia School Reform Commission.

Along the way, she met Keith McLennan on a blind date arranged by her best friend Christine Mooney and her now husband David Brenner. Michele and Keith married in 1988 and had two wonderful daughters, Kali and Madalyn. In December of 2003, Michele was diagnosed with ovarian cancer, which she fought tenaciously and courageously for two years. During this time she became active with the Sandy Rollman Ovarian Cancer Foundation and the National Ovarian Cancer Coalition to support others stricken with the disease and help educate people about its symptoms and treatments.

On October 10, 2005, Michele lost her battle with ovarian cancer. Just prior to her death Michele continued her selfless commitment to others by asking that education and awareness of ovarian cancer be her legacy. She may have lost her fight, but the drive and determination she exhibited inspired her family and friends to take up her torch. The Michele C. McLennan Ovarian Cancer Foundation will continue her passions for education and increased awareness of ovarian cancer and serve as a tribute to her life and loves.

Learn how to make a donation to the Michele C. McLennan Ovarian Cancer Foundation.